Women’s safety is now an important topic and there are many industry segments that are working towards the safety of women in India, and around the world. In India, while the government agencies are working their bit, the tech segment is not far behind. Since technology is gaining speed, and smartphones are one of the most personal devices that everyone carries, the device is now considered as one of the topmost safety tool that one can use towards security. With internet and GPS already available to almost 90-percent smartphone users in India, a smartphone can be of huge help where safety is concerned. 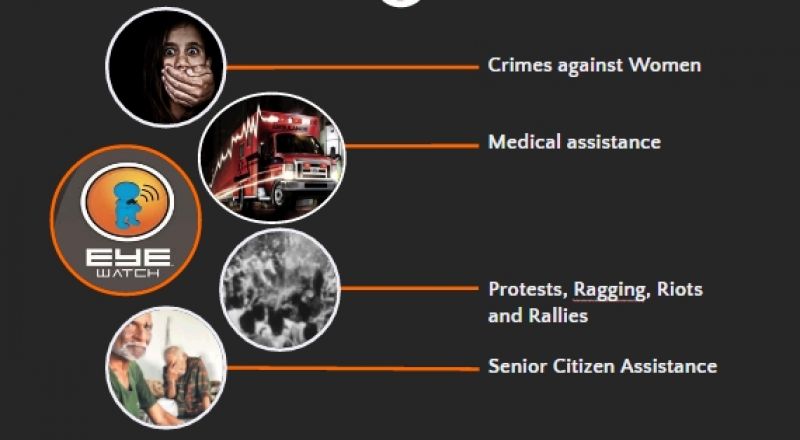 A simple app can now help save a life—be it a child, a senior citizen or anyone for that matter. There are several safety apps available out there and anyone can use it today. Safety apps are highly advised for women, children, senior citizen and those with severe health issues.

Most safety apps feature a simple panic button scenario, which either uses a physical or soft button (or combination of buttons) to send out an alert. The alert system of most apps include sending out an SMS, email, call and GPS location of the victim to a set number of friends or family numbers. However, most apps do not have the police involved in the scene and one would have to rely on the friend or family saviour to inform the police. 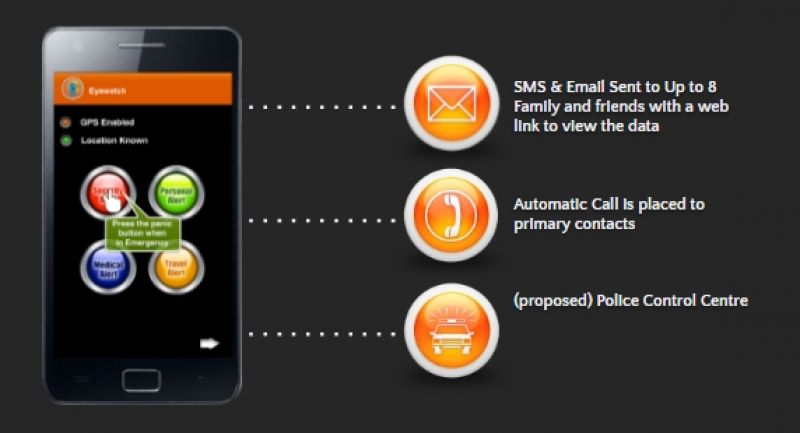 Of the plethora of apps available on various smartphone platforms, EyeWatch is one app that emerges as a top player, which involves the police control room in a panic scenario. The app is free to use and has a set of unique features that can help save lives.

‘EyeWatch’, a mobile application that allows women to send alert messages to their friends/relatives as well as police authorities, in case of emergency, was launched in India a while back. While the app is not new, there are many out there who have not yet heard about the service.

Simple to use and operate, EyeWatch is free to download and register. Once done, a few settings and parameters need to be completed and you are all set to be safer.

Once the user registers, he/she will receive a verification link on the registered email ID. After this, the app will ask the user to feed in the contact details of at least two guardians along with details of a doctor and security personnel. The app allows users to register up to eight guardians. The app finally needs permissions to access your microphone and camera in order to work efficiently. This is just a one-time process.

EyeWatch features multiple alerts —medical, security, personal and travel. The app has a few settings, which allows a user to set the panic button accordingly. For now, older smartphones can use the power button as a panic button by pressing it four times in a set sequence. All newer smartphones from 2017, after the government’s order, will start featuring a panic button, and the app will be updated to make use of it accordingly. The app also has optional soft buttons for respective panics. On opening the app, there are around four buttons, each representing the type of panic feature—medical, travel, personal and security.

In terms of medical emergencies, the app can be set to send out an alert even without the user pressing the button or opening the app. This is where EyeWatch’s unique feature comes into play. If you are a senior citizen, or suffer from a major health issue, the app can be set to sense a strong shake on the smartphone. The gyro and accelerometer sensors, within the smartphone, sense the change in the smartphone’s behaviour to sense a possible panic. This could be scenario where a person with a health related issue happens to trip or fall or if the phone has been thrown to the ground. The app will automatically send out a panic alert in such cases. However, we inquired with the app developers that the feature could cause false alerts since people tend to drop their smartphones pretty often or if a child is playing with it. In reply, they said that the alert will definitely be sent out, but can also be cancelled in cases of a false alarm. In case of a child handling the phone, the app can be paused or the feature can be temporarily turned off. 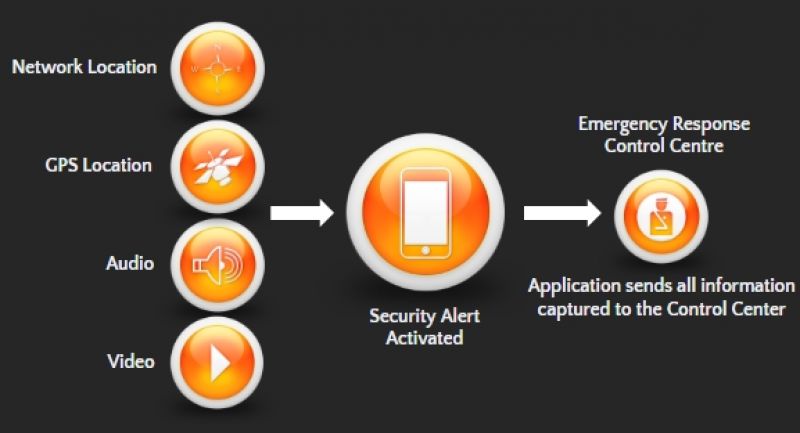 As for another feature of EyeWatch, on pressing the panic button, the app will trigger up to 60-second audio and video recording mode, which will be relayed to the Police Control Room and to the victim’s guardians. However, this needs the internet to be available. In case the internet, GPS and mobile network is unavailable, the panic alert will be sent out as soon as there is an available network. As for the GPS, the nearest traceable location (via GPS or mobile tower) or the last available location will be sent out to the guardians, and police control room.

The alert sent out to the guardian has a set number of information that can help him track you down. This information consists of a GPS location and a url, which the user can tap and locate you in real-time. Additionally, the audio and video will also be available. The police control room also gets the same information. Once your panic alert has been turned off by you, the guardians will get another alert whether it was a false alarm or an ‘I am ‘now safe’ mode. Turning off the panic alert will also stop your guardians and the police control room to get your real-time geo-location, so that they cannot track you anymore. To turn off an alert/alarm or a false panic alert, the user would be asked to confirm the app password, which is an added security feature so that the attacker does not have a chance to turn it off. And for the highlight feature—if you are pressing the panic button in case of an emergency, the phone’s display goes completely blank, and none of the buttons will work, making your attacker think that the phone has been switched off. But the phone is actually secretly recording a video and audio of the surroundings, allowing you to use it as proof of incident.

EyeWatch, with its unique set of features, sets it completely apart from existing panic apps. We recommend everyone to use the app, especially women and senior citizen. The founders at EyeWatch are also working continuously to improve the app, its ability to do more and keep us safe. Additionally, they are also working on a separate portable GSM-based GPS-enabled safety device for children. However, they haven’t given us any more information on the device or the date for release of the same.

iPhone 8 can be the most successful iPhone ever, says Apple analyst

Google smart speaker to be cheaper than Amazon Echo

admin - August 2, 2016
0
We know emails can get hacked. But what about solar panels? The computer security industry's annual pilgrimage to Las Vegas this week for a trio of conferences will...

NVIDIA’s Parker to go under the hood of autonomous cars

Driverless buses being tested in Finland

iPhone 8 can be the most successful iPhone ever, says Apple...

THE AVA BRACELET: A NEW WAY TO TRACK OVULATION

ABOUT US
We want to continue to pull the market in terms of innovations, high-quality tools and technology that are available. Therefore, Oddillio Labs help companies to do business better by leveraging our industry-wide experience, deep technology expertise, comprehensive portfolio of services and vertically aligned business model.
Contact us: hello@oddillio.com
FOLLOW US
© Oddillio Labs (P) Ltd
MORE STORIES